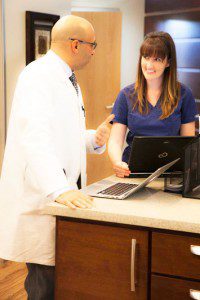 Florical is being prescribed for the treatment of otosclerosis. This treatment is not widely accepted, and has not been proven to be effective. A large uncontrolled study of about 1500 patients by Dr. Shambaugh and associates suggested that it was effective. Although this medication is not a cure, it is thought to have some benefit in slowing the progression of the disease. This supplement is widely used to prevent osteoporosis (the bone softening that occurs with aging). It is the only medical treatment available for otosclerosis.

This medication is available over-the-counter (ie. without a prescription). It comes in a tablet that contains 3.75mg of fluoride and 145 mg of calcium. Take one tablet three times a day with meals.

Side effects of Florical include occasional stomach upset, allergic itching, and increased joint pains. If aggravation of arthritis occurs, Florical should be stopped and the joints usually return to their previous state in a few weeks.

After two years of Florical treatment, the dose is reduced from three times a day to one tablet once a day. We will need to monitor your hearing in the interval.

If you are a woman of childbearing age contemplating pregnancy, do not take this medicine. 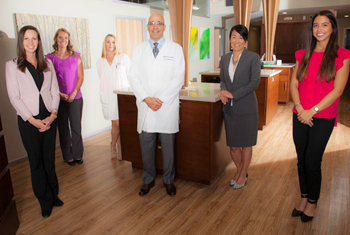 One of the medications you have been prescribed is Prednisone, a steroid used for its powerful anti-inflammatory properties. This medication requires a prescription. Typically, a strong dose is used for 10 days, followed by a tapering of the dose. This tapering of the medicine is important for your body to start producing its own steroids again after you discontinue the medicine. Do not discontinue the medication without your doctor’s advise.

Side effects include (but are not limited to) gastrointestinal distress such as heartburn or stomach pain, insomnia, mood swings, menstrual irregularities, and increased appetite. Stomach upset may be minimized by taking the medication with meals, particularly bland foods and milk. If you experience significant heartburn or stomach pain, try using an antacid such as ranitidine (Zantac) or famotidine (Pepcid) twice a day. If it persists, discontinue the medicine and contact our office.

Please do not use this medicine longer than prescribed. Inform your physician if you have diabetes, severe high blood pressure, kidney disease, psychiatric illness, tuberculosis or a duodenal ulcer. Blood sugar levels can be significantly affected in diabetic patients with this medicine.

When taken for a short periods of time, side effects are uncommon. Long-term treatment at high doses may result in puffiness of the face, weight gain, increased bone fragility, cataracts, acne, increased facial hair, and rarely a severe hip joint disorder.

The medication is taken as follows unless otherwise notified:

Seventy tablets of 10 mg each are prescribed.

If there are any questions about taking this medicine please ask your pharmacist or contact our office.

One of the medicines you have been prescribed is niacin, or nicotinic acid. It is a vitamin that has been found to be quite helpful in a number of patients experiencing ear symptoms such as a ringing sound in the ear, or tinnitus, fullness, and occasionally vertigo. The mechanism of action is unknown although it is thought to exert its effect by opening the small blood vessels to the inner ear and improving its blood supply. It is commonly used in people with high cholesterol as well.

One of the side effects of this vitamin is that it can cause significant flushing–redness and the sensation of warmth–over the face and body. This usually occurs the first hour after taking the medication but can occur several hours after taking a dose. It usually subsides after several weeks of consistent use. If this appears to be a significant problem for you, the sustained-release formula can be used. It is sometimes also called an “extended-release”, “no-flush” or “flush-free” formulation. You can minimize the flushing by avoiding alcohol or hot drinks after taking the tablet. Also, the tablet should be taken with food.

Niacin can be found over-the-counter (without a prescription) in every drugstore, and most grocery stores. You will find that they vary considerably in the number of milligrams (mg) contained in each tablet. The typical dose is between 100 mg and 250 mg twice a day.

Do not take this medicine if you have or have had any significant liver disease. If you have any questions ask your pharmacist or call our office.

What You Should Know Prior To Your Appointment

For Children: Children between the ages of 0-6 months can be tested without sedation. If your child is older, please schedule a sedated ABR. Please bring a blanket, bottle, pacifier, and extra diaper. Please have your infant fed and changed and try to keep the child awake during the ride to our office. It is also advised to schedule your infant’s test during his/her regular nap time. For a Pediatric ABR appointment, please allow 120-180 minutes

Electronystagmography (ENG) is used to evaluate patients with dizziness, vertigo, or balance dysfunction. ENG includes the use of electro-oculography to record eye movements. The vestibular system monitors the position and movements of the head in order to stabilize retinal images. ENG provides an objective assessment of the oculomotor and vestibular systems. ENG consists of three parts: oculomotor evaluation, positioning/positional testing, and caloric stimulation of the vestibular system.

The subtests of an ENG evaluate the oculomotor and vestibular systems. Comparison of the results obtained assists in determining the source of your dizziness or unsteadiness. This includes assessing the system responsible for rapid eye movements and refixation, the presence, absence, and ability of fixation of spontaneous nystagmus, the ability of the oculomotor system to track a target within the visual field, the presence or absence of nystagmus associated with benign paroxysmal positional vertigo (BPPV), the presence or absence of nystagmus in various body positions, and if a site of lesion can be inferred from results of caloric irrigation.

The test requires about ninety (90) minutes to complete. Although some people experience some dizziness during the test, the dizziness is usually of short duration.

In order to achieve the best test results, you should carefully follow these instructions:

The following medications should be discontinued 48 hours prior:

Note: It is helpful if you bring a list of the medications you take regularly, or even the medications themselves. Medications can be resumed immediately following the ENG testing procedures. If there are any questions about the test or medication, please contact your doctor or our office at (949) 631-HEAR.

Your cooperation in following these instructions will improve the quality of your hearing evaluation. For more information on what to do before your procedure, contact Shohet Ear Associates located convenient to Orange County and Los Angeles, California.

Exercise Caution Prior To Your Procedure

The following is a partial list of products, which contain aspirin, salicylates or other components, which can cause bleeding if taken before surgery. Please avoid these and, if necessary, check your medications with a pharmacist. (ALL ANTI-INFLAMMATORY MEDICATIONS CAN CAUSE BLEEDING)

The products listed above are only a few of the many, which contain aspirin or like substances. If you have any questions, call our office located convenient to Orange County and Los Angeles.

Take Care After Your Surgery

Listed below are instructions for Post-Operative Care. The doctor will review these instructions with you before your procedure. You may print a copy for your own reference.

Should you experience difficulty upon returning home, or if you simply have questions, please contact us immediately at our center located convenient to Los Angeles and Orange County. Once we have assessed your situation, we will be prepared to make specific suggestions for your care.

Complete Hearing & Ear Care…
All in One Place
Contact Us!
Page load link

COVID Update: We are currently seeing patients in all of our offices utilizing a COVID safety protocol. Please click here for more information..