Tinnitus is the medical term for sounds you hear in your head, that no one else can. A person with tinnitus will often hear a whistling, humming, buzzing, whooshing, clicking or ringing in their ears, even when there is nothing in the area that is emitting that particular sound. It may be intermittent or last only a short time or never really go away. It may get worse when there is little to no surrounding noise, and many tinnitus sufferers may find that their symptoms are much more noticeable when they try to sleep.

How Common Is Tinnitus?

Tinnitus is incredibly common. It affects 17% of the world population and over 50 million people alone in the United States. Of the 50 million Americans that suffer from tinnitus, around 40 million have a less severe form that is best described as annoying and troubling, while the other 10 million have a more debilitating form of tinnitus that makes living a normal day-to-day life nearly impossible.

The sound a tinnitus sufferer is hearing is actually being generated by the part of their ear known as the cochlea. It’s a very complicated organ with sensory hairs, internal fluid and nerve receptors, that when damaged (or as it naturally degrades as you get older), can cause it to send incorrect input into your brain.

In layman’s terms, because it’s no longer working as well as it used to, it thinks there’s a ringing sound in the area and tells your brain to generate that sound in your head. 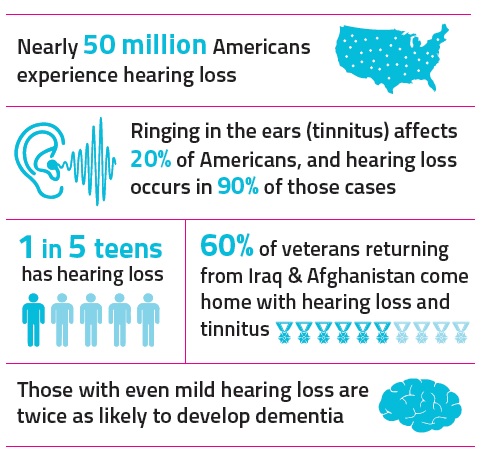 There are two primary causes of tinnitus: environmental and physical.

Just over half of all tinnitus cases are caused by external influences. These can include:

Exposure to Loud Noises
A loud work environment that involves the use of power tools, power saws, drills or other noisy equipment may cause temporary bouts of tinnitus. Attending a rock concert can often cause ringing in the ears afterwards and depending upon the length of the exposure, the ringing sound may not go away even after a few days. The longer a person remains in that loud environment, the better their chances will be of developing the condition permanently. These environments can also cause hearing loss.
Smoking. Contrary to popular belief, there are some external irritants that can cause tinnitus. For example, Nicotine has been proven to be an irritant that can cause someone to develop a ringing in their ears. Smokers may find that their chances of developing the condition may be higher than someone who is a non-smoker. If you’re suffering from tinnitus and you’re a smoker, we recommend quitting as soon as possible.

Ringing in the ears can also have physical causes as well. The five most common include:

① Vascular issues. Some people have blood vessels near their ears that are capable of causing tinnitus. When the blood pressure is elevated, this increased pressure can cause ringing in the ears or a whooshing sound. Because pregnant women often have elevated blood pressure, they are easily susceptible to tinnitus. An overactive thyroid has also been shown to causes vascular issues that bring on tinnitus.

② Changes in the bones of the middle ear. A person’s ear is made up of several different bones: the malleus, Incus and Stapes. In some individuals, these bones may actually change shape or harden over the years. This process is known as otosclerosis and often runs in the family. This can cause ringing in the ears to begin or, if it has already started, to get worse over time.

③ Ear wax. Our ears naturally produce ear wax. If that wax becomes impacted and hard the resulting blockage may cause someone to experience ringing in the ears. I have found that clearing someone’s ear canals before damage can take place can be an ideal way to manage tinnitus and help provide relief from the symptoms.

④ Natural aging. As a person ages, they may begin to suffer from hearing loss. In some cases, this has caused some of the tinnitus suffers that have reached out to me to begin hearing a ringing or whistling that is characteristic of tinnitus.

⑤ Diseases, illnesses and injuries. There are several medical conditions that can cause tinnitus including Meniere’s disease, temporomandibular joint disorders (TMJ), head or neck injuries, and ear infections.

The first step in addressing tinnitus is to determine the underlying cause. At SEA, diagnosis begins with an initial interview and evaluation and then is followed by a series of diagnostic tests. This includes a comprehensive hearing test to determine if hearing loss is present and ostoacoutic emission testing to evaluate inner ear function.

Depending upon the cause of tinnitus, there a number of treatment options available.

Acoustic Neural Stimulation/Neuromonics
This relatively new treatment has shown to be effective in reducing, and in some cases eliminating, symptoms in patients whose tinnitus just won’t go away or is very loud. The treatment utilizes a device small enough to fit into the palm of your hand that delivers a broadband acoustical signal embedded in special music you can listen to via headphones. The treatment eventually desensitizes you to the ringing in your ears by stimulating changes in the neural circuits in your brain. Treatment is conducted over a period of about six months and neuromonics has been shown through tinnitus research and clinical trials to result in significantly reduced awareness and disturbance for up to 90% of people who suffer from tinnitus and hyperacusis. It can also lead to better relaxation and sleep and improved quality of life.

Cochlear Implants
These implants are a treatment option for patients that have a severe hearing loss along with tinnitus. Cochlear implants are designed to bypass any damaged parts of the inner ear and send the electrical signals sound makes directly to the auditory nerve. By bringing in outside noise, these implants can effectively mask your tinnitus, as well as stimulate your neural circuits to change.

Tinnitus Retraining Therapy
Tinnitus Retraining Therapy (TRT) combines a wearable device that is individually programmed to mask the specific tonal frequency of that person’s tinnitus, with psychological therapy that teaches a patient to ignore the sounds his tinnitus is creating. I consider it the best of all of the above noise suppression techniques, as it is individually tailored for each person and involves support from a trained psychological therapist. It is also the most expensive and time consuming, but in my medical opinion, the most beneficial of all the noise suppression techniques listed above. Tinnitus retraining therapy (TRT) uses a combination of counseling and noise generators to help patients eliminate the noise perceptually. Shohet Ear Associates is one of the first centers in Southern California to offer TRT.

Identifying And Treating Any Vascular Issues
In some cases, tinnitus is a result of an underlying blood vessel condition known as pulsatile tinnitus. Sometimes this condition is caused by pregnancy or strenuous exercise and other times it’s the result of a single blood vessel or a group of blood vessels experiencing increased blood flow that the rest of the body is not experiencing. On rare occurrences, the cause is a benign tumor known as an acoustic neuroma (AKA vestibular schwannoma). These tumors, although very rare, can cause the development of abnormal blood vessels which can result in pulsatile tinnitus. Treatment options include medication and surgery.

Removing Excess Earwax
Tinnitus can also be caused by an excess buildup of ear wax that is blocking the ear canal. This is especially common in older patients who have a lot of ear hair that ear wax has been building up on over the years. By removing both the excess hair and ear wax, especially if it’s in contact with your ear drum, your tinnitus can improve.

Changing Prescriptions, OTC Medications and Food Additives
Sometimes the cause of tinnitus is a prescription (such as an antibiotic), an over the counter medication or a food additive. There are over 200 prescriptions and over the counter medications that can cause tinnitus or make your existing symptoms worse. Generally speaking, the higher the dosage of these medications, the worse your tinnitus will become. Depending on the medication dosage, your tinnitus might go away after removing it from your system. Even something as simple as OTC aspirin can generate tinnitus in some people. The food additives NutraSweet, Splenda and Aspartame have all been linked to tinnitus, and a whole host of other side effects, in clinical studies.

Addressing TMJ Disorders
Some people will experience tinnitus if they are having problems with their temporomandibular joint. This joint is located in front of the ears, on each side of the head, where the lower jawbone meets the skull. In these cases, a dental treatment or bite realignment may relieve you of the ringing you hear in your ears. 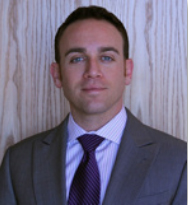 I was in a bad car accident when I was 17 and always assumed that it was the cause of the hearing loss and tinnitus I developed in both my ears. In 2005, I had surgery to try and correct it in my right ear, but the surgery wasn’t that successful and the experience made me feel like I was just a number, not a patient. After doing a lot of research on the Internet about my condition and other ear surgeons, I found Dr. Shohet. I watched him in the YouTube videos, and he seemed like a wonderful doctor—very compassionate. I saw him in April 2011 and learned that my problem was actually genetic—I had an underdeveloped middle ear. I finally got approval from my HMO to have Dr. Shohet do a stapedectomy in my left ear. It was the same surgery I had in 2005, but the difference between surgeons was incredible. Dr. Shohet gave me all the time in the world. He told me what to expect before and after the surgery. He was incredibly gentle and compassionate. I was up and around after the first day and answering emails by day three. I was back to work in a week. I have gone from maybe 25 percent hearing in my left ear to nearly 90 percent hearing. The whole experience was incredible! 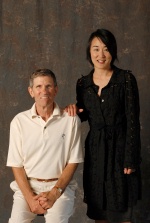 After years of working in construction, I developed tinnitus. The constant ringing in my ears was distracting and impacting my life. I read about neuromonics on the Shohet Ear Associates website and decided to look into it. The staff in Dr. Shohet’s office was very professional, understood my condition and helped me feel at ease. Now, two months into treatment, I have the confidence to know that I can go to sleep, or just sit and relax my mind using the neuromonics. I’m doing the everyday things I used to do before I developed tinnitus. I can’t say enough good things about my experience. 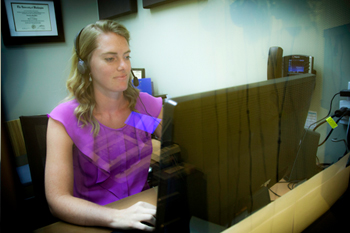 Complete Hearing & Ear Care…
All in One Place
Contact Us!
Page load link
Skip to content
Go to Top